Living to tell what He died to say... 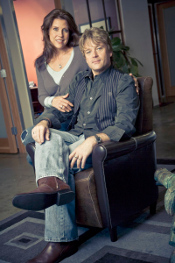 Pastor David McGee was born in Greensboro, NC and is the youngest of three sons. He was born 95% deaf and mute. The Lord graciously healed David through nine different surgeries! He is a living testimony to the grace and mercy of our Lord.

At the age of seventeen, David prayed to receive Jesus as his Savior in the Teen Challenge program. He hungered to know God and eagerly pursued the Biblical training courses offered by Teen Challenge. He later attended the School of Music at the University of North Carolina Greensboro with a guitar major and vocal minor. David played music professionally in the secular industry for several years, after which he heeded the Lord's call to devote his music and life to serving Him.

David has served the Body of Christ as worship leader and in various other capacities at local churches. David and his family (wife, Nora; daughter, Ashli; sons John David and Benjamin) traveled to a variety of churches and to over 300 Calvary Chapels across the United States as he ministered to the congregations from the Word and in music. This national ministry was used by the Lord to see countless people won to Christ. To God be the glory. As David exhorted, encouraged, challenged and comforted people, he also taught God's Word in a relevant way.

As David transitioned out of the traveling ministry, he served as Assistant Crusade Director under Mike Brazeal for the Harvest Crusade with Pastor Greg Laurie, which took place in Winston-Salem, NC in September of 2002.

David's family, the McGees, have lived in the Triad area of North Carolina for over 285 years. David and his wife Nora were born and raised in Greensboro and were burdened for the people there. They had been praying, as they travelled around the country, for a solid Bible teaching church with a contemporary worship style and a commitment to reach the world with the Good News to be planted and grow 'back home'. David and Nora prayed for God's will to be made clear to them as they knew He was calling them off the road. There was a good job in ministry offered at a church in FL and also in CA....or no job and a huge step of faith to go ahead and just start praising God and teaching the Word verse by verse right there where they lived. Following the attack on the Twin Towers, the call became clear. They were the ones God would use to establish the church they had prayed so many years for! So in October of 2001, they started a home Bible study which gradually grew to a group of 15-20 people over the first year. In October of 2002, they rented a facility in Kernersville with the confident expectation that God would continue to bless His Word and the work. All those years on the road had taught them that where God guides, He also provides. God did bless His Word and the work until the group totally outgrew that space in the first year. They moved into their larger, second building in November of 2003. The church steadily grew and once again they outgrew their facility. God, in His timing, guided and provided for the purchase of the church's current 80,000 square foot facility, situated on a beautiful 14 acre property located at 1080 Snow Bridge Lane in Kernersville, NC. In October of 2010, The Bridge moved into her new home.

God is using The Bridge to impact lives all around the world with His Word and the Good News of Jesus Christ. God is accomplishing this, in part, through Cross the Bridge Ministries, a radio and internet outreach of David McGee and The Bridge. They are committed to reaching and teaching the whole world until He comes. David has appeared on numerous television and radio shows and has led international teaching tours. He ministers through social media and podcasts. He is the author of three books, Cross the Bridge to Life, Cross the Bridge Every Day, and The Way of Escape which are available on amazon.com. David's music is available on iTunes and has a daily e-votional that thousands get each day. His verse-by-verse teaching through the Bible is marked by powerful personal insights, humorous comments, and in-depth knowledge of the Hebrew language and custom. In a time when biblical literacy has fallen to an all-time low, David makes the Bible fun, exciting, and personally meaningful. God has given the increase and all glory and praise go to Him for the wonderful work He has done and continues to do! 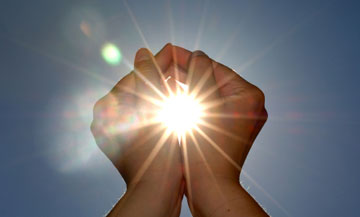